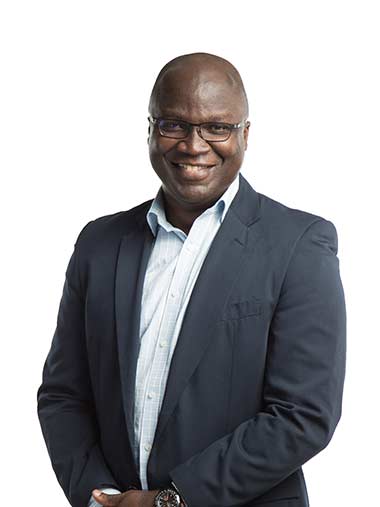 Born into a medical family — his father is a urologist and his mother is a nurse — there was only ever one calling for Dr Edward Yeboah.

Born in Ghana, West Africa, he followed in his father’s footsteps and attended medical school, ultimately winning the Best Student in Surgery prize. After his internship, he moved to the UK where he worked as a Senior House Officer, entered the Basic Surgical Training scheme in West Midlands and became a Member of the Royal College of Surgeons in Ireland.

Edward migrated to Australia in 2007 and worked in Darwin for four years as a registrar, gaining vast experience in several aspects of surgery. In 2012, he joined the training rotation in General Surgery, Western Australia, completing training in 2016.

Edward has also obtained a Master’s degree in surgery from the University of Edinburgh, and is a Lieutenant in the Royal Australian Navy Reserves.

He decided to make Albany home in January 2017 after working there as part of his specialist training and, until now, has only worked in the public health service.

Edward saw long waiting lists in the public system, high population growth in the region and the absence of a private one-stop shop for specialist appointments as motivation to help create the Great Southern Specialist Centre.

Edward will still be attending to his on call duties and public lists at the Albany Regional Hospital and also operates at the new Albany Day Hospital. Dr Yeboah bulk bills patients with pensioner’s cards children, and health care cardholders.

Outside of surgical life, Edward is kept busy with his four children, soccer on the weekends, dining out at local restaurants, walking along the beautiful Albany beaches and enjoying opera at the Albany Entertainment Centre